Allegedly randy hartman is the crazy German lady who created and dismantled dompimps?

Stands to reason why justjasmine aka allegedly emily wallgren would say, “Without me u wouldn't be fed.” 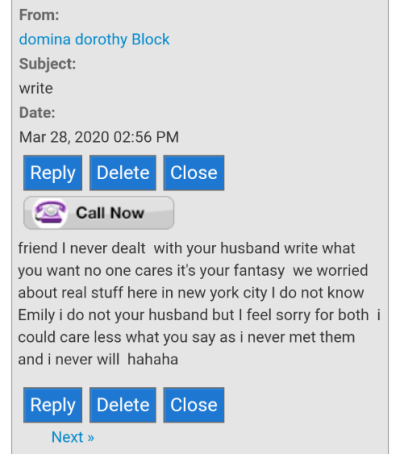 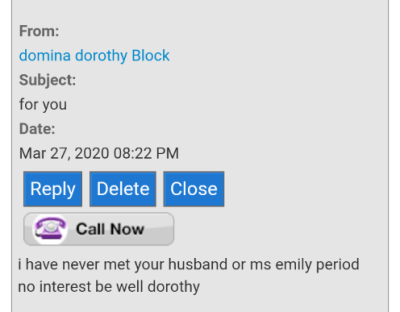 Dorothy, stated time and time again. The only way she's willing to type out anything proper is if she's getting paid, so who's paying Dorothy?

Dorothy's mentor, love slave, whoever he is saved Dorothy's life for tossing her lil black book, he knew Dorothy was in danger, and playing with fire which is why he torched Dorothy's book. dompimps must be loyalty for hire, anything to get the job done. Dompimps Creed: betrayal gets u paid.

I'll assume emily wallgren, and randy hartman flew to New York in 2011 to meet the pimps, and possibly more.

Do emily aka blond slave thought she ate the hell out of Dorothy's pussy to warranted a louis vuitton handbag purchase in 2006.

Allegedly They met with the pimps when emily wallgren was 16.

emily wanted to fuck matt, I'm sure any gurl throwing titties in any boy's face would be hard to say no.

This is why Nobody wanted to reprise Dompimps. It stands to reason My husband originated dompimps.

The pimps are scene roleplayers not true pimps or dominants. Essentially Sexual Tops, cuz if the woman's on top means she's in charge. Besides if a client is paying he's in charge is the pimps philosophy. Wrong Answer

If he's paying I'm in Charge, and if I don't like what I hear, I hang up, that's Dominance. I must not need ur money badly enough to remotely Humiliate Myself for any client. Defines Dominant.

Dominants withhold what slaves truly want, and will pay to be With any Dominant bc time spent together is more orgasmic, then spending time in her pussy.

For My standard and belief sex does not play a role in Dominance. I'm not here to Sully My pussy for anything I'd consider substandard. I stopped fucking the man I married, day we Married.

Substandard dick isn't good enough for Me. That's ok he found sub standard pussy or cock to amuse his dick. Fine and time for the Piper to pay up.

Dorothy, Mat, and Jo looks like ur asses are in a heap of shit. What happens when u play with fire? U get burned. Esp when things are handed to fbi.

I'm the fucking Bad Guy!! I'm bringing bitch asses in. I told u to be *nice* hard heads make for soft asses.